The Radio Community Chest Annual ‘Messiah’ presentation in the Sydney Town Hall began in 1941. It quickly became a Sydney institution and achieved a special status under it’s conductor Richard G Thew and organist David Reeves in the sixties and early seventies. The two, and later three performances each year attracted a vast array of choristers in that era and the Combined Churches Choir grew to eight hundred voices.

Richard Thew said in an interview on Sydney’s Radio 2GB in 1967 that, “with so many voices it’s not for the purists…what we bring to ‘Messiah’ I believe, comes from the heart”.

Thew retired in 1972 and a very young David Reeves said on that occasion, “it has been the greatest privilege to have worked with Dickie. He is unique and I’ve tried to deliver on his vision from the organ point of view. For me, this is a very sad occasion”.

The interpretation of the conductor was essentially Victorian, due in large part to the fact that the choir was big and inclusive of all who wished to sing ‘Messiah’. And they were accompanied by a large Victorian organ and not by an authentic ‘Handelian’ Baroque orchestra. These were early days in the cultural life of Sydney but the performances were very popular and found a niche in Sydney’s musical life. The ‘Messiah’ under Thew was grand and magnificent, offered in homage to ‘He who made us all’. 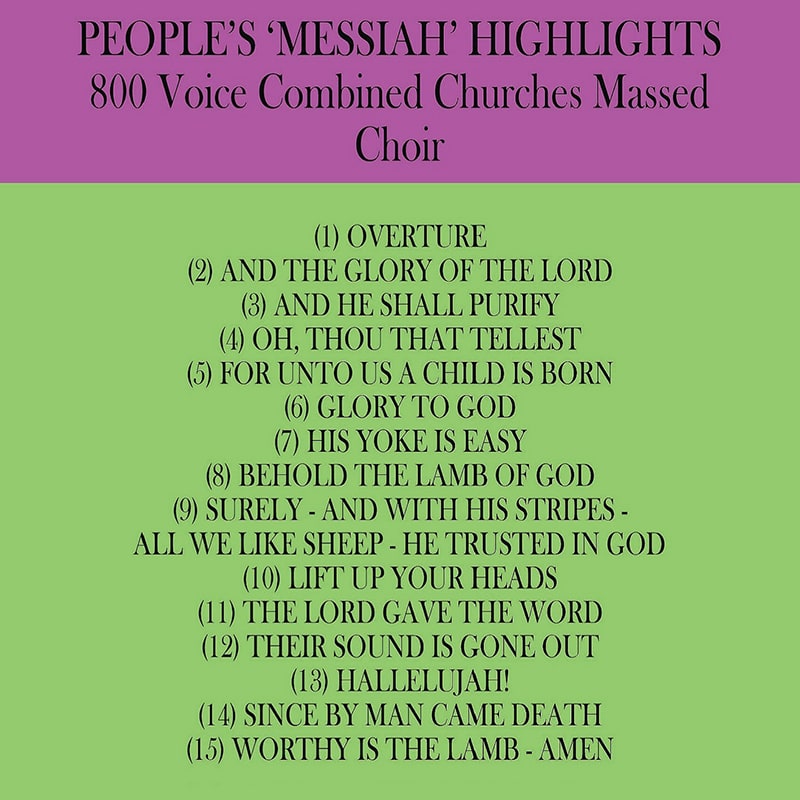