James Bowman has been one of the world’s leading counter tenors for over thirty years, and prior to the premiere of The Kiss of Peace has given world premiere performances for Benjamin Britten, Michael Tippett, Richard Rodney Bennett and others. He has made over 150 recordings with all the major labels.

The acclaimed oratorio BECKET – The Kiss of Peace – text & music by David Reeves – was premiered October 2000 at Canterbury Cathedral. The “People’s Oratorio” is an approachable musical successor to T.S. Eliot’s Murder in the Cathedral. 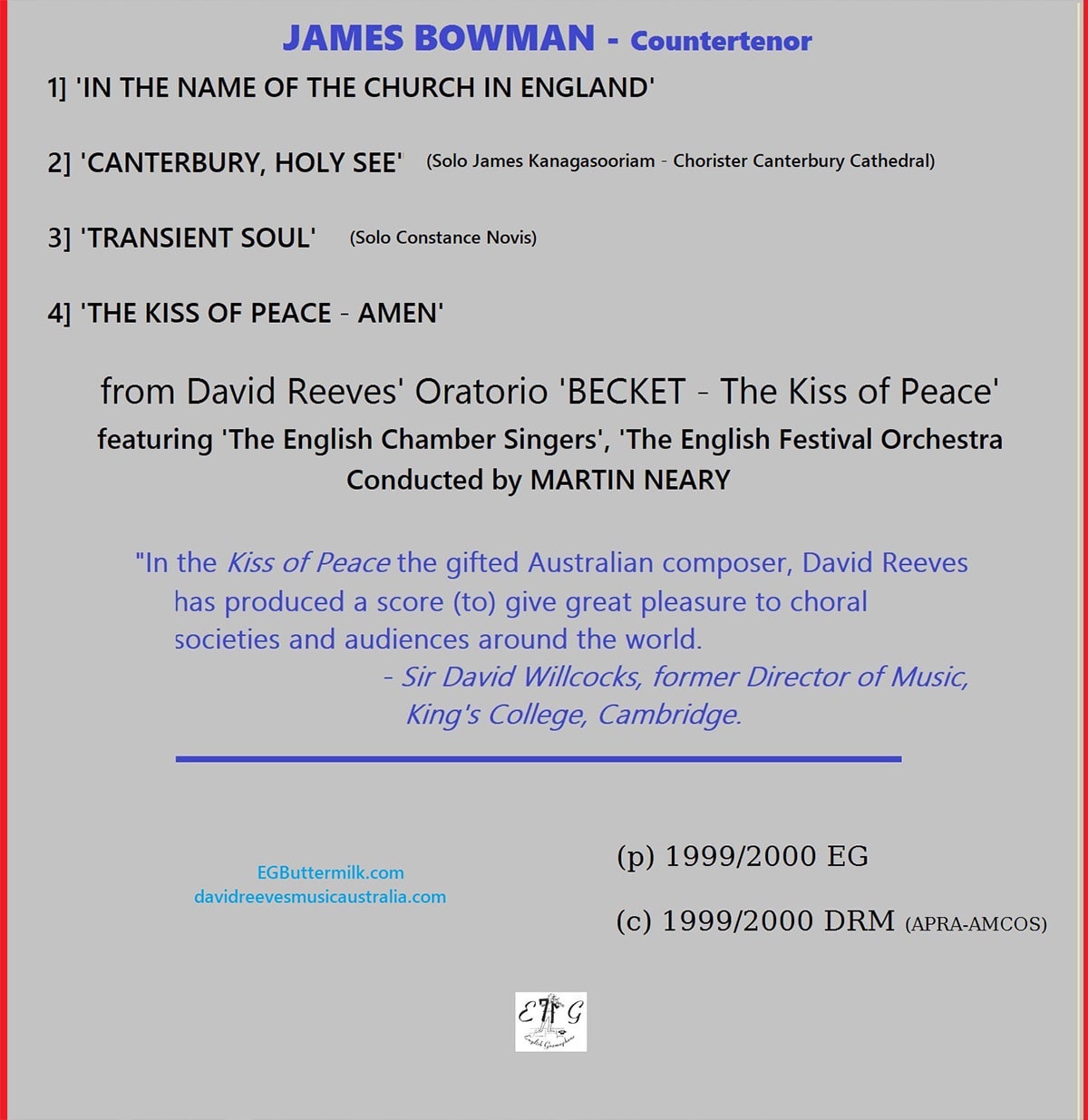 “…a score that will give great pleasure (to audiences) around the world.” – Sir David Willcocks, former Director of Music, King’s College, Cambridge